Of Montreal's Kevin Barnes calls it "soulful prog" -- and talks about his band's next album. 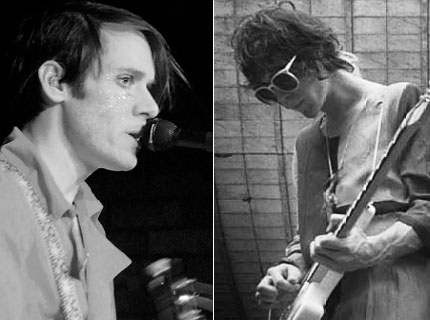 Earlier this year, we learned that Of Montreal’s whacked-out mastermind, Kevin Barnes, had joined forces with Andrew Van Wyngarden of former SPIN cover boys MGMT for a new project, entitled Blikk Fang. Now, following the release of his band’s Skeletal Lamping, Barnes has unveiled more details on the mysterious collaboration.

Speaking to Rollingstone.com, Barnes set a tentative 2009 release for the project’s debut album and revealed that he’s been in talks with producer/composer Jon Brion about joining the group. “We’ve actually created about 20 minutes of music,” Barnes said of the group’s progress. “The stuff we’ve done so far is sort of a soulful prog. It’s probably gonna be a pretty schizophrenic, crazy album.”

But that’s not all on the horizon for Barnes. In addition to preparing a live DVD for 2009, the Athens, GA, rocker is penning tunes for Skeletal Lamping’s follow-up. “I’m slowly putting together some new stuff for the next record, like whenever I have a free moment,” he explained. “I kind of want to go in a slightly different direction… what I want to do now is slightly noisier. It’s sort of abstract in my mind, but right now what I’ll create will be mesmeric and kind of physical music.”