Frontman Gerard Way says the band is looking for an aggressive live sound on its next release. 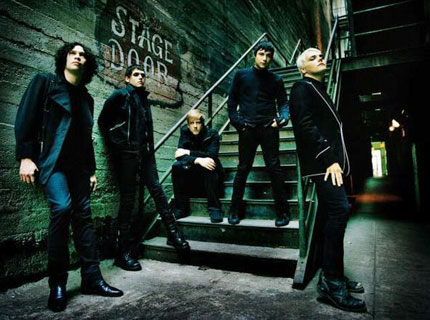 My Chemical Romance has always been fond of a good extended metaphor-cum-musical theme. But for their follow-up to 2006’s Welcome to the Black Parade, the band is looking to achieve something different.

“You know, we’ve made concepts for three albums now, so I think this one — at least from my standpoint — I want to go into it not thinking about a definite story,” frontman Gerard Way recently told MTV.com. “I said that during Parade, but I still think I had something to work out. I think I had to get it out of my system, as far as writing concept records. I had to at least do one more before I stopped doing them.”

So if they’re not going to be all “narrative” about it, what is MCR’s objective this time around? “The one thing is we’ve never really captured that ‘live’ feeling,” Way said. “We’ve obviously emulated bands like Queen in trying to get that classic, late-’70s glam sound, and we’ve gone for that at times, especially on the last record. But then, when we’re playing this stuff live, it’s ultimately going to get more aggressive, so I think it’d be interesting to hear what the band sounds like recorded at least somewhat in those parameters of a live set.”

As of now, there is no definite timetable for when we can expect to hear new tunes from the band. But with this month’s news of Way’s Umbrella Academy comic series having been green-lit for production, you can rest assured MCR will be in the spotlight one way or another in the near future.