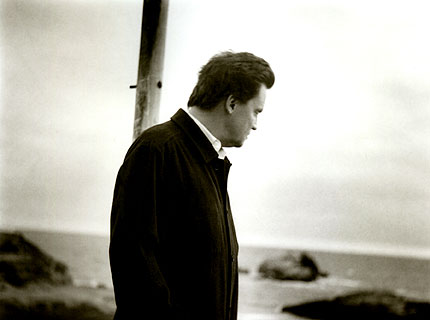 What? For nearly 20 years, former Red House Painters frontman and current Sun Kil Moon maestro Mark Kozelek has been building his own musical brand withsleepy vocals, wounded lyrics, and intimate acoustics. And his new release, a compilation of covers and rarities collected over the years entitled The Finally LP (out December 8), is packed with Kozelek’s characteristic sound. But here, Kozelek — known for his extreme and unique reinterpretations of other songwriters’ work (he’s covered John Denver, the Cars, and Simon & Garfunkel, among others) — plays it straight. His versions of AC/DC’s “If You Want Blood” and Stephen Sondheim’s “Send in the Clowns,” for example, mirror the songs’ original structures and emotions.

Who? Kozelek formed Red House Painters in 1989 in Atlanta, GA, with friend and drummer Anthony Koutsos. After relocating to San Francisco, CA, the pair added guitarist Gorden Mack and bassist Jerry Vessel to the lineup. The four-piece signed with 4AD Records in 1992 and soon released their debut album, Down Colorful Hill, a collection of demos. Red House Painters were considered pioneers of the emo genre; Kozelek’s songwriting was praised for its expansive sound and dark lyrics. Four years after the release of the band’s 1996 album Songs for a Blue Guitar (its follow up was held in record label limbo until 2001 due to a strained relationship with 4AD), Kozelek dropped his debut solo album, Rock’n’Roll Singer EP, a collection of covers. In 2001 Kozelek disbanded Red House Painters and in 2003 reemerged with a new album, Ghosts of the Great Highway, and a new band, Sun Kil Moon (featuring Koutsos). Sun Kil Moon released their critically acclaimed third album, April, in 2008.

Fun Fact: Kozelek’s work may not be the most light-hearted and child-friendly, but The Finally LP’s “Bedtime Lullaby” first appeared on the Nick Jr. program Yo Gabba Gabba!