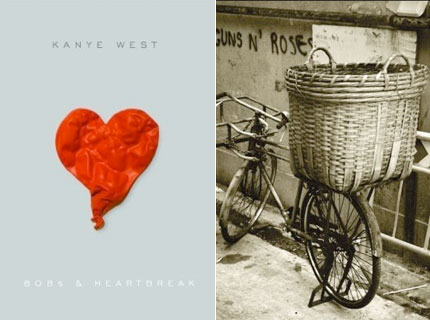 Maybe next decade, Axl. Auto-tune loving MC Kanye West scored his third consecutive chart-topping release, moving 450,000 copies of 808s and Heartbreak in the first week to beat Guns N’ Roses’ Chinese Democracy and the Killers’ Day and Age to the top of the Billboard Album Chart.

Though it was West’s weakest first-week sales since his 2004 debut, The College Dropout, which sold 441,000 copies, it was more than enough to crush Chinese Democracy; the 15-year-in-the-making album moved only 261,000 copies (exclusively via Best Buy, iTunes, and the band’s website) to land in the No. 3 spot, behind 18-year-old (92 pound) country star Taylor Swift, whose Fearless sold 267,000 units to take No. 2.

Hey, we at SPIN.com knew there wasn’t exactly a crowd awaiting Democracy’s release. Check out the video below.

Meanwhile, questionable fashion icon Brandon Flowers and the Killers held the sixth spot by selling 193,000 copies of Day & Age, but were topped by Beyonce’s I Am …Sasha Fierce and Ludacris’ Theatre of the Mind, which took the No. 4 and No. 5 spot, respectively.