The California punk band is going power pop with their follow-up to American Idiot. Click here for the scoop! 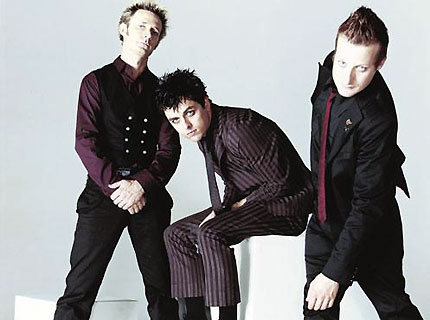 In an interview with Alternativepress.com, Armstrong discussed the new record’s “power-pop” direction: “I really like fucking with arrangements…How do you do it in a way where the arrangements are just unpredictable?So I’m pushing myself to be progressive in songwriting and being a songwriter. I always try to look at the possibilities of how you write power-pop music.”

Citing the Beatles, Cheap Trick, and the Jam as sonic influences, Armstrong also talked about the perks of working with Garbage guitarist and Nirvana producer Butch Vig. “He doesn’t take for granted what we have (in the studio), but he uses everything to the best of his knowledge and the best of his ability…He’s not a cheerleader type of producer; he’s just a very hard-working, straightforward guy.”

A release date for the album hasn’t been announced — let’s hope the guys don’t spend all their time in the studio, uh, fooling around.