Click here to see which bands have been added to the lineup! 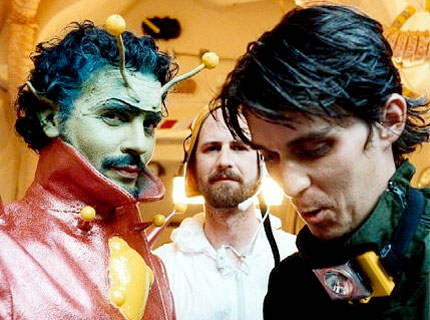 This past September’s All Tomorrow’s Parties event in Monticello, NY, was a noise-ridden good time loaded with great acts — including reunited shoegazers and festival curators My Bloody Valentine. And it’s already looking like next year’s extravaganza will be more of the same, albeit with a slightly more pop-oriented (but no less psychedelic) vibe thanks to the just-announced 2009 curators: The Flaming Lips.

Though Wayne Coyne and Co. have yet to announce any of their picks for the festival — set for September 11-13 at Kutsher’s Country Club — ATP’s organizers have booked some choice acts, including Animal Collective (plus a solo set by AC’s Panda Bear), Deerhunter side-project Atlas Sound, Black Dice, Autolux, Anti-Pop Consortium, and comedian David Cross. In typical fashion, the festival’s first night will feature full-album performances; Dirty Three will play their 1998 set Ocean Songs and Suicide will perform 1977’s self-titled debut.

Tickets for the festival are on sale now at $235 for a three-day pass. For more information, visit www.atpfestival.com.

Watch: The Flaming Lips, “Do You Realize?”