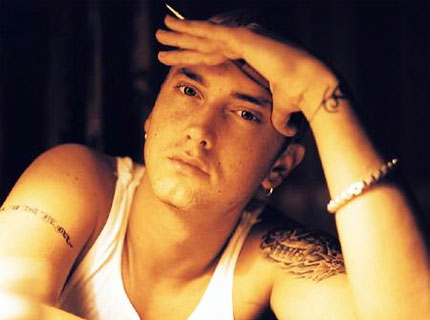 While fans await the arrival Eminem’s long-delayed fifth record, Relapse, the man born Marshall Mathers has been slowly leaking material that may appear on the forthcoming album. The latest: The Dr. Dre-produced “Crack a Bottle,” which has surfaced on DJ Big Mike and Neptune’s 4th Quarter Pressure Part 2 mixtape.

“Crack a Bottle” contains Eminem’s trademark brand of clever wordplay and profane subject matter, but there’s no confirmation from label Interscope that the song will appear on either Relapse or another long-awaited album, Dr. Dre’s Detox.

Interscope head Jimmy Iovine recently told Billboard.com that progress on both records was being made: “Dre had to stop making his album to finish Eminem’s album. Eminem hit a streak, and when a guy like Eminem gets on fire, you stop everything. Dre’s going back in [the studio] in January to finish his album.”