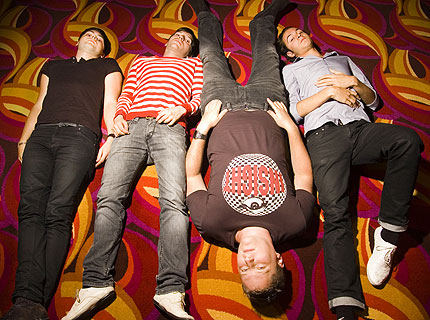 “A lot of it to me sounds like it could soundtrack Bladerunner, and we’ve been listening to the Terminator theme quite a lot as well,” Editors frontman Tom Smith recently told BBC 6Music, describing his band’s forthcoming album [via gigwise.com].?”We keep referencing that, but at the moment we’re just trying as many different things as we can.”

Describing the new record as having “a real electronic sheen,” Smith added that the band have already written 18 songs, including tunes featuring a children’s choir as well as bassist Russell Leetch’s girlfriend Rebecca Zeller, who plays violin with Ra Ra Riot. The group is planning to begin recording in February.