It's true! The Britpop legends are reuniting. Click here to see what they have planned. 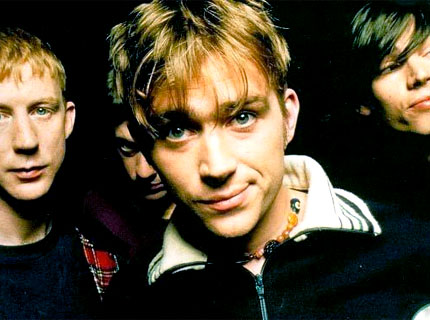 Call it spidey sense. Call it months and months of rumors and statements from band members about meals that went well. Call it a hint this morning about “a world exclusive announcement” that fans are “going to like.” Not to brag, but we had a feeling this was going to happen.

Graham Coxon added that the band were “making public what’s been going on privately. For the benefit of the fans and those interested we can say that something’s on the cards.”

That “something” is a Blur show featuring the full original lineup — Damon Albarn, Graham Coxon, Alex James, and Dave Rowntree. The gig will be the band’s first gig together since guitarist Coxon quit in 2002 and will take place in Hyde Park, London, on Friday, July 3. Blur is also rumored to be next year’s Glastonbury Festival headliners. Stay tuned for more.