Adele to Grammys: “Thanks, But Not Now”

The Brit songbird dashes nominations and says the timing isn't right for her to win. 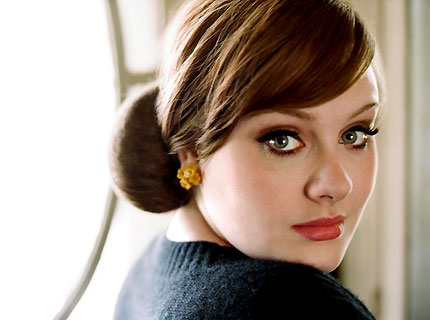 Despite being nominated in four categories at next year’s Grammy Awards, British singer Adele has declared that the timing’s not right for her to win a statue.

“I imagine it’s like winning an Oscar and I don’t think on this record I should get one,” she told BBC 6Music. “I think it should be with my second or third record.”?

Oh, Adele. First of all: You can forget about winning an Oscar (those are for movies silly!). Secondly, we wouldn’t go questioning the timing of Grammy noms. Next thing you know you’ll be withdrawing your name from the awards entirely and having an affair with your dead ex-boyfriend. We’ll put it in cinematic terms because movie metaphors seem to resonate with you: It’s like if Martin Scorsese calls you up to see if you’d like to be in his next film. You don’t say, “Can I call you back?”