From metal giants to indie rock heartthrobs, readers heard and saw it first on SPIN.com. Click here for their favorites of the year! 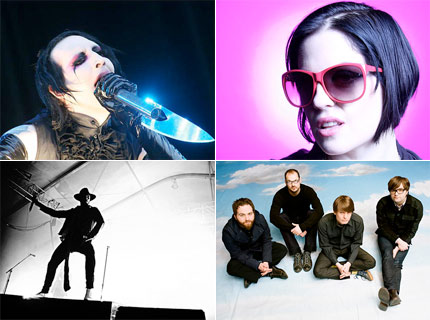 2008 was a banner year for SPIN.com readers: Fans were treated to behind-the-scenes footage of Slayer and Bayside working on their new albums; were invited along on Pearl Jam’s North American tour with our blogger Zach Newman, who hit every show along the way and even interviewed guitarist Mike McCready; and were the first to hear new tunes from Scott Weiland, Minus the Bear, Death Cab for Cutie, and Brody Dalle’s new band, Spinnerette. Check out these highlights and more below.

Exclusive Video: Slayer in the Studio

Watch the thrash-metal gods at work on their next record! Read >>

Video: On the Road with Pearl Jam

Exclusive Video: In the Studio with Bayside

SPIN.com went behind the boards with the Long Island lads in L.A. Hear clips of two tracks from their Sept. release, Shudder, and watch frontman Anthony Raneri’s descriptions. Read >>

New Stream: Death Cab for Cutie, “I Will Possess Your Heart”