See what Karen O and crew have to say about their next release -- and find out when to expect it. 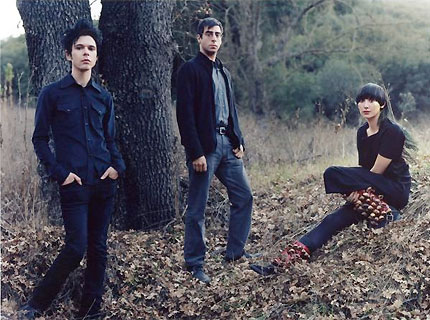 Listen up, Yeah Yeah Yeahs fans: Expect the unexpected! The New York rockers are in the studio working on their third effort — and according to the band themselves, it sounds like nothing they’ve ever done before.

In a recent post on their MySpace blog, the YYYs said they are close to finishing work on the currently untitled record and emphasized its new direction: “Will it sound kind of like Show Your Bones?No, been there done that.What about Is Is? Is that more of the direction it’s going in? Absolutely not, it sounds VERY different…What does it sound like? Not much like anything you’ve heard from us before. Does it sound like the Yeah Yeah Yeahs? You bet your sweet ass it does.”

Karen O and company are currently eyeing a 2009 release date and urge everyone to “GET PSYYYYYYYYYYYYCHED.” Will do, guys — after all, you did include enough ‘Y’s to abbreviate your band name four times over.