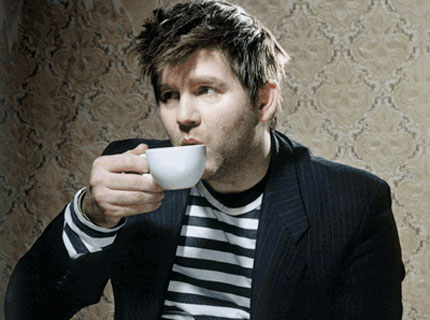 Yesterday, LCD Soundsystem touring guitarist (and Hot Chip rocker) Al Doyle said the New York electro-punk act was on hiatus and that when they reunite the band may relaunch as a disco outfit — with frontman James Murphy taking a backseat to a few dance floor legends.

But today, LCD mastermind Murphy told NME.com that not only is the group not on a break, he’s already penned eight songs for their next album. Where are these songs you might ask? They’re in his head.

“I write all my music in my head, I never demo,” he said. “I get to a point where there are too many songs and I have to get them recorded. I recently felt that. I’ve got eight in my head — that’s critical mass.”

Okay, so when is this mental unloading taking place (and will there be disco involved)? Murphy waved the “I’m not telling” flag on that one, saying he didn’t know when, but when he did know, he wouldn’t be saying. “When I start recording I don’t tell anyone not even my manager.” Let’s add Doyle to that list too.