The emo heavyweights are gearing up to release their debut record as Two Tongues. Click here to find out more! 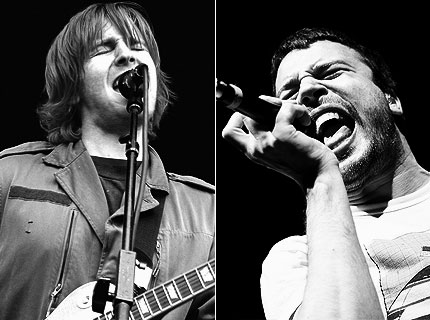 “Making the record, and it being the first band either of us (Bemis and Conley) has ever been in outside of Say Anything or Saves the Day, was sort of like falling in love for the second time,” Bemis said of the project. “You have to look outside of yourself and learn to communicate with and trust someone who operates in a totally different manner.”

Conley, apparently, feels the love as well: “Working with Max was a dream come true for me. I have never met another musician as inspiring and talented. My heart was in it from the moment of inception. As it turns out, we work together quite well!”

Say Anything Will Retire “Wow, I Can Get Sexual, Too” from Shows, Saying it’s “No Longer Appropriate”