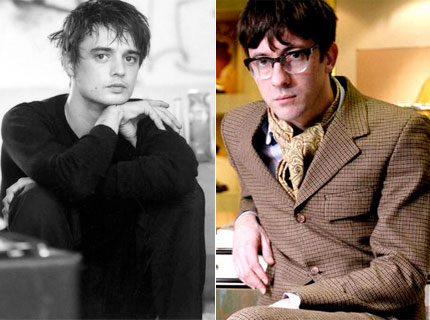 The first clue that Pete Doherty was working with former Blur guitarist Graham Coxon came when the Babyshambles frontman posted a YouTube video of the two playing Blur’s “You’re So Great” together in October.

So far, so suspicious. But when Babyshambles drummer Adam Ficek told U.K. radio station XFM that a guitarist whose name rhymes with “Layham Hoxon” is working on Doherty’s new solo record, the jig was up [via NME.com]. And if it wasn’t, then Ficek confirmed it flat out, adding, “It’s not just musical with Graham, it’s this whole sonic environment he creates and that’s what has brought a really special edge to Peter’s solo album… it’s really interesting.”

Further details regarding Doherty’s solo record have yet to be announced, but if this whole YouTube video and album-appearance formula holds true, then we can also expect to find Johnny Marr and the La’s frontman Lee Mavers on Doherty’s new project.

Check out the videos below: