"The South got something to say, and we gonna keep on talking," Big Boi says of the new projects. Click here for details! 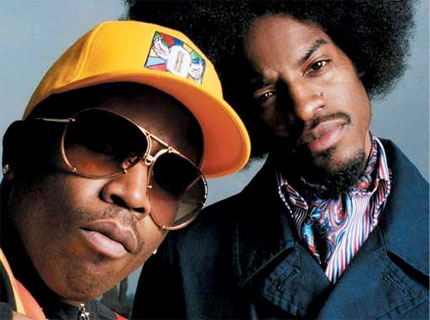 After a three-year absence after the release of their conceptual record Idlewild, Big Boi and Andre 3000 will unite for a proper Outkast release in 2009 — in addition to a pair of solo albums from each! “Y’all gonna get three records from the ‘Kast next year,” Big Boi told MTV.com.

The forthcoming releases include Boi’s oft-delayed sophomore solo outing, Sir Lucious Leftfoot: The Son of Chico Dusty, a new Andre 3000 record, which “he’s working on,” and the much-anticipated Outkast album. “We’re gonna wait until the top of the year — January or February — to put it out,” Boi said of his solo set. “Then ‘Dre is gonna come hit y’all, and [then] we’re gonna do the Outkast album.”

This past September, Andre addressed the Southern duo’s absence. “To be honest, I work best when people doubt me,” he told MTV. “Actually, if you see me, tell me I’m wack. That’s the best thing you can do for me. You know, if you want a greater album, say that. Say that!”

Meanwhile Big Boi has another project up his sleeve — TV acting. The rapper will appear on Law & Order: Special Victims Unit November 25 as — shocker! — a rapper named Gots Money.