Surprise, surprise -- the feisty Britpop deity has a few choice words for Thom Yorke and the gang. Click here for details! 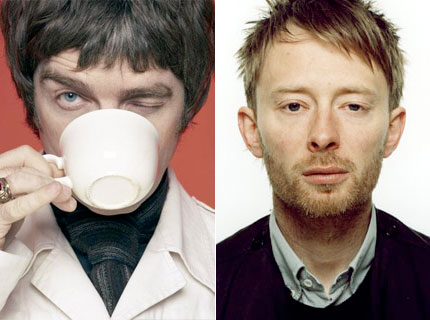 Considering his not-so-nice comments in SPIN’s October issue, it’s safe to assume that Oasis’ Noel Gallagher isn’t exactly Radiohead’s biggest fan. And now, after constant comparisons to the art-rock titans, the singer/songwriter is lashing out once again — with the band’s sound in his crosshairs.

“Correct me if I’m wrong,” says Gallagher, “they’ve been making the same record since Kid A, have they not?” Still, he admits that he admires the Radiohead’s work — albeit from a safe distance. “Every time I see them live they blow me away, but you know, it’s kind of we make very accessible rock and roll music and they constantly make difficult electronic records.”>