Click here to see if the Australian dance-pop act or the Welsh indie rockers will visit a town near you! 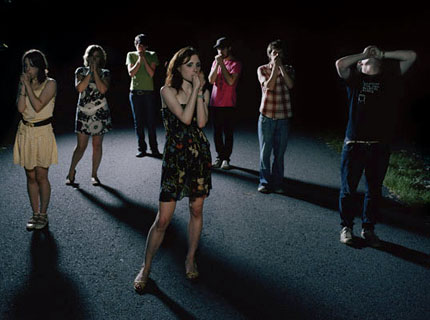 After spending much of 2008 touring with Black Kids and the Presets, Aussie dance-rock mavens Cut Copy are set to hit the road for a month-long North American tour in 2009 before returning to the studio to work on the follow-up to In Ghost Colours. The outing begins March 6 in Austin, TX, and hits major U.S. cities before coming to an end March 27 in Orlando, FL. Brooklyn noise-poppers Matt and Kim, as well as a yet-to-be-announced DJ, will join for all dates.

In support of their SPIN-approved second album, the just-released We Are Beautiful, We Are Doomed, shout-happy Welsh indie rockers Los Campesinos! have announced a winter tour with New Jersey’s Titus Andronicus. Kicking off January 15 in Baltimore, MD, the outing will lead the two acts through the South and Midwest before concluding with a two-night stand at New York’s Bowery Ballroom February 14-15.