After a four-year absence, this veteran indie rock songstress returns with her best album yet. 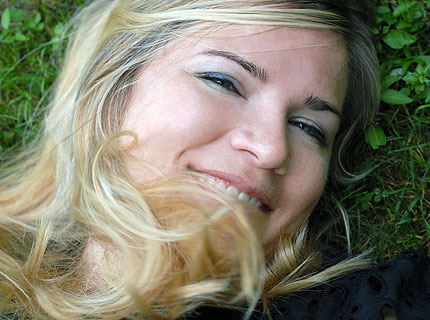 What? From the Carly Simon School of Confessional Songwriting comes Mascott, a tender indie rock project helmed by New York’s Kendall Jane Meade that combines soft piano and guitar pop with diary-like lyrical intimacy. Her new album’s title, Art Project, refers to the four years since Mascott’s last release, 2004’s Dreamer’s Book, during which her music became an on-the-side artistic escape from her Manhattan day job. The release has a laid-back feel. On “Press Play (And Then Repeat)” Meade’s sweet la la melody rides a cheery, slowly sauntering ’60s pop groove. “I want to make it all / all right…,” she sings on the tune’s chorus. Mission accomplished.

Who? Meade, a Detroit native, began her music career with ’90s pop rockers Juicy, before she turned solo in 1998 and began crafting gentle lullabies as Mascott. Her debut record, 2000’s Follow the Sound, was produced by revered experimental musician/producer Jim O’Rourke, formerly of Sonic Youth. But it was Dreamer’s Book that got her the attention she deserved thanks to its title track, which was selected for a Starbucks compilation. Other songs were featured on TV shows like The OC and Grey’s Anatomy. Art Project, the second album to arrive courtesy of Meade’s own Red Panda Records, features contributions from Rainy Orteca (Joan As Police Woman) and Darren Jessee (Ben Folds Five, Hotel Lights).

Fun Fact: In 2007, during the time between Mascott releases, Meade continued to create art in various incarnations, writing the music and lyrics for an off-Broadway production of Iphigenia at Aulis, a classic Greek tragedy by Euripides.