The virtuostic guitarist scolds the upper-class in song. Click here for details! 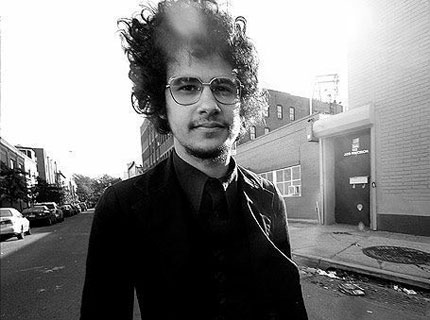 For well over a decade, Mars Volta and ex-At the Drive-In guitar virtuoso Omar Rodriguez-Lopez has excited fans with a schizophrenic fury. But now with his eighth solo record, the conceptual Old Money, out digitally today via stonesthrow.com and as a CD Jan. 27, the prolific rocker has another target: exploitative industrialists.

The 10-track album’s concept comes into view with its songlist, with titles like “Family War Funding,” “How To Bill The Bilderberg Group” (about the annual invitation-only gathering of business tycoons), and the hilarious “I Like Rockefellers’ First Two Albums, But After That…”We always knew they were a second-rate industrial band.

The album, Rodriguez-Lopez’s first for Stones Throw Records, was originally considered as the follow-up to Mars Volta’s 2006 record Amputechture, but as a statement explains, the music didn’t mesh with singer Cedric Bixler-Zavala’s vocals.