The former Blink-182/current +44 drummer is itching to get back behind the drums -- and Hoppus has some new material in the works! 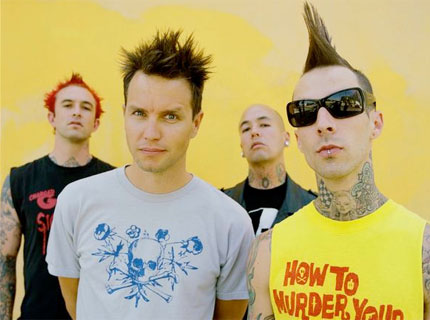 Drummer extraordinaire Travis Barker is “healing very quickly” after his recent release from an L.A. treatment center following the September plane crash that left four dead and Barker and DJ AM with second- and third-degree burns.

Blink-182/+44 bandmate Mark Hoppus spoke to MTV News backstage at Wednesday’s mtvU Woodie Awards about Barker’s condition: “He’s healing incredibly well. He’s healing very quickly. The doctors are saying that his body is really healing in a positive way. So hopefully, in the next couple months we’ll see him behind the kit, I pray.”

And when he’s ready to man the sticks once again, Hoppus will have some new material for the band’s follow-up to 2006’s When Your Heart Stops Beating. “I’ve been writing a bunch of stuff and getting a lot of songs together,” Hoppus said. “He’s [Barker] always been one of the most musically driven people I’ve ever known in my entire life, and he’s still the same way — he can’t wait to get back in the studio.”

Watch: Mark Hoppus in the studio