The pop and rock royalty are set to hit the courtroom. Click here to find out why! 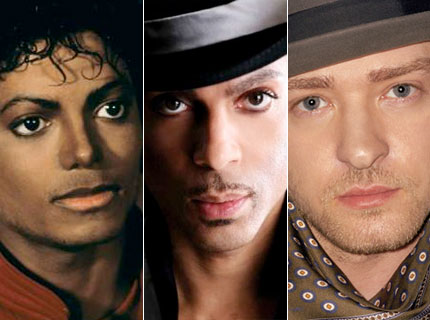 Shocker! When you’re rich and famous, people want your money and are willing to go to court for it. And now the King of Pop, Prince, and Justin Timberlake are suiting up, consulting their lawyers, and getting ready to duke it out before the judge.

King of Pop vs. Sheikh of Bahrain: The King of Bahrain’s son, Sheikh Abdulla Bin Hamad Bin Isa Al-Khalifa, is suing Michael Jackson for £4.7 million (7 million U.S.) after he says he paid Jackson £1.1 million (roughly 2.25 million U.S.) and built him a recording studio as an advance for two albums, a stage show, and an autobiography. The Sheikh says Jackson kept the money but did not deliver the promised work. Meanwhile, Jackson — who’s apparently too sick to show in court — claims the aforementioned were “gifts” (no doubt the kind the “really, this is too much — I can’t accept this” line was invented for.) [Via MTV.com]

Prince vs. 3121: Perfume maker Revelations is seeking $100,000 for breach of contract, claiming that Prince has failed to help promote 3121, the perfume named for his 2006 album [via NME.com]. They also claim Prince’s label Universal agreed to arrange marketing opportunities with Prince — a promise they have not delivered on.

JT vs. Felipe Ramales: Ramales, a busboy at Timberlake’s New York restaurant Southern Comfort, is suing the popstar, alleging that he was not compensated for putting in overtime and that employees weren’t given a proper share of tips from parties with six or more customers [via radaronline.com].