The Kinks to Reunite!

Singer Ray Davies reveals that the seminal '60s rockers have been working on new material. Click here for the whole scoop! 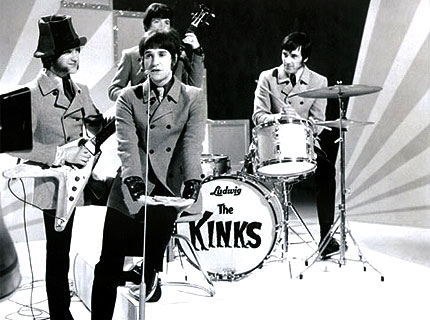 The Kinks are the latest to join the recent reunion trend. The ’60s legends, who last performed together in 1996, have been working on new material. “We’ve started a little bit of this and that,” singer Ray Davies told BBC News, adding, “but it is too early to judge the quality. We want good new music. I’d like to do it as a more collaborative thing than we used to do.”

In addition to the reunion, Davies is also planning for a new album of duets with musicians including Razorlight frontman Johnny Borrell, Chuck Berry, members of Snow Patrol, and yet-to-be-named talents on his wish list. “I don’t just want to do usual suspects,” he said. “I’d love to find new bands. Unsigned even. I usually like the underdogs.”

Meanwhile, in other reunion news, the Genesis crew sit patiently by the phone waiting for Peter Gabriel’s call. Keep the faith Phil Collins et al: If Alvin and the Chipmunks can get their act back into the su-su-studio, y’all can’t be too far behind.

Listen! The Kinks, You Really Got Me: The Very Best of the Kinks