Plus: Bob Dylan, U2, and others contribute exclusive new tunes to (RED)WIRE, a web service supporting HIV victims in Africa. Click here for details! 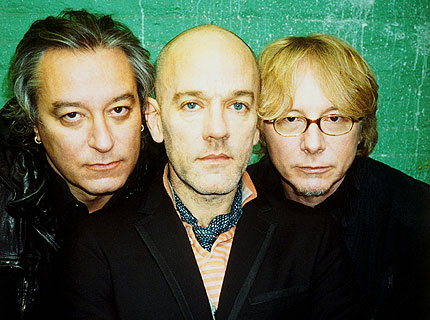 Coldplay, U2, the Killers, R.E.M., Bob Dylan, John Legend, and others have all agreed to contribute exclusive new songs to (RED)WIRE, a new music service set to launch on World Aids Day, December 1, with all proceeds benefiting HIV-infected victims in Africa. [Via Billboard.com].

The service, which will be launched via MSN.com, will deliver members (music fans can sign up here) a new issue of RED(WIRE) webzine every Wednesday along with an exclusive song from one of the aforementioned major artists. The first song to be dispatched will be “Joseph, Better You Than Me,” a Christmas song by Elton John, the Killers, and Pet Shop Boys’ Neil Tennant. More contributing musicians will be announced in the coming weeks.

In addition to music, the weekly webzine will offers extras such as a tune from a lesser-known artist, a non-music item — a short film, a photograph, or a message from a celeb — and a video about (RED) work in Africa. Visit redwire.com for more info.