Kate Moss Out for Raveonettes’ Blood

The supermodel is allegedly super-mad about a sexy souvenir her boyfriend, Kills guitarist Jamie Hince, can't let go of. 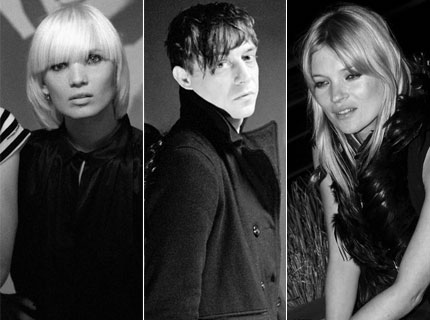 The gossip mill is churning on the news that Kate Moss is not too pleased with new beau, and Kills guitarist, Jamie Hince. Why the angst? Hince is allegedly hanging onto relics from his past relationship with Raveonette Sharin Foo — you know, the usual stuff, like love letters and a vial of her blood [via NME.com].

UK newspaper The Sun cites the always-dubious unnamed “source” as explaining, “He was obsessed with Sharin and kept the vial and letters. It wasn’t like he used to get them out and read them all the time. He could just never bring himself to throw them away.”

In Hince’s defense, you can’t just throw awaya vial of your ex-girlfriend’s blood. Not without one of those medical waste disposal packets anyway.