The legendary sticksman was discovered in a Portland, OR, hotel room. Click here for details. 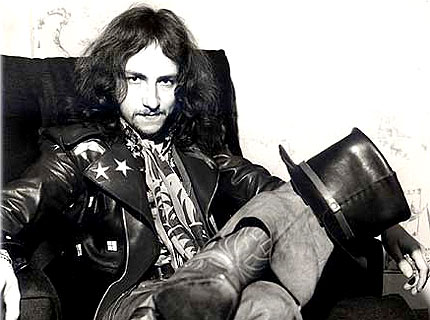 Mitch Mitchell, longtime drummer for the Jimi Hendrix Experience, was found dead early this morning in his Portland, OR, hotel room. He was 61.

An autopsy has yet to be conducted, but authorities claim Mitchell died of natural causes [via The Seattle Times]. He performed Friday night in Portland on the last stop of the Experience Hendrix Tour, an outing featuring former Hendrix bandmates and collaborators.

Mitchell, born in Middlesex, England, in 1947, began his drumming career touring with the likes of Pretty Things, and Georgie Fame and the Blue Flames, before joining Hendrix’s band at age 20. Fusing rock’n’roll and jazz techniques, Mitchell is known for his work on tracks like “Manic Depression.” He also performed alongside John Lennon, Keith Richards, and Eric Clapton in Dirty Mac, a supergroup formed by Lennon for the Rolling Stones’ 1968 Rock and Roll Circus event.

Since Hendrix’s death in 1970, Mitchell acted as a session drummer and often collaborated with Hendrix alumni. He also played drums in the Gypsy Sun Experience, a group with bassist Billy Cox and guitarist Gary Serkin.

Mitchell was the last remaining member of the Experience’s original lineup. Bassist Noel Redding died in 2003.