The Wolf Parade side-project has slated their sophomore record for 2009. Click here for details! 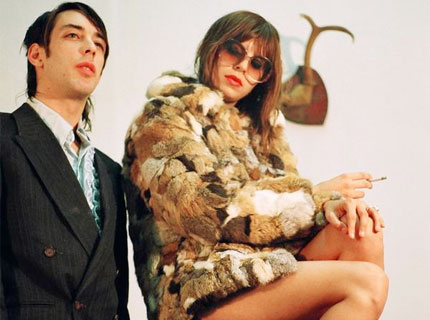 Dan Boeckner spent the majority of 2008 touring with his main outfit, Wolf Parade, behind this year’s weird and wonderful At Mount Zoomer. But come 2009, he’ll rejoin wife/co-collaborator Alexei Perry as Handsome Furs for the follow-up to their 2007 debut Plague Park. [Via Pitchfork.com]

Face Control, the sophomore effort from the Furs will drop February 3. The new disc was produced by Wolf Parade drummer Arlen Thompson at Montreal’s Mount Zoomer studio. Tour details have yet to surface, but we can only hope that Perry and Boeckner clear up possible visa issues before making any plans.