What if you released a record after a 15-year wait and nobody showed up? SPIN.com's intrepid Axl fan Ben Lashes investigates. 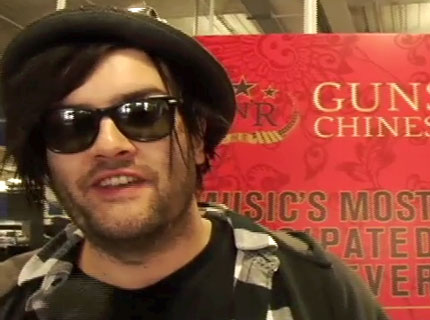 To document the historic event, SPIN.com sent Axl fan and all around funny guy Ben Lashes — frontman of Seattle punk band the Lashes — to the center of the GNR storm: a Hollywood Best Buy, where he surveyed the scene on the release day of music’s most-anticipated album ever. Watch his report below.

Watch: Ben Lashes on the scene