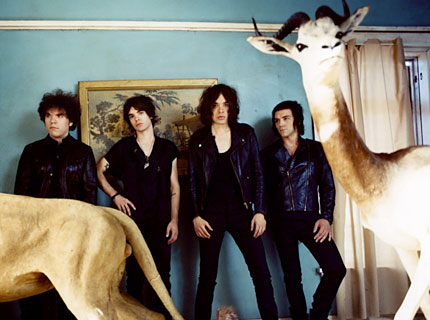 It’s been nearly four years since St. Louis, MO’s Living Things dropped their last album, Ahead of the Lions, a SPIN-praised set of garage-rock gems. In January 2009, the quartet will finally return with Habeas Corpus, and it appears not much has changed: The three Berlin brothers and one friend still churn out rough-edged rock with strong lyrical messages and pop sensibility.

Below, watch an exclusive video from Living Things, in which the band discuss the album’s creation and unveil song snippets. Plus stream the first single, “Let It Rain.”

Now Hear This: “Let it Rain”