The pop star is heading into the future with a roster of hip electro collaborators. Click here for details! 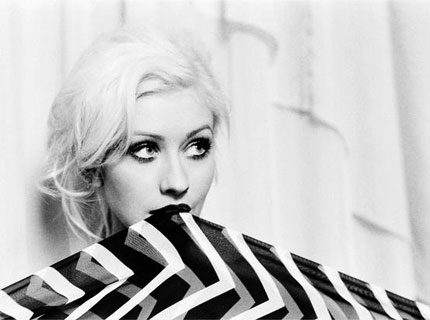 As SPIN.com readers know, Christina Aguilera has recruited Aussie solo artist and Zero 7 singer Sia Furler for her next album. Now, we’re seeing a trend: The pop singer has also drafted Goldfrapp and Ladytron to appear on the set [via Billboard.com], which, she recently revealed,will be a “futuristic” one. As everyone knows, futuristic = electronic.

Of working with Furler, the pop diva said: “I’m definitely a fan of Sia’s. I was thrilled she also wanted to work together and, in turn, was a fan of mine.”

The foursome haven’t yet hit the studio, but Aguilera confirmed that they are indeed, “setting the wheels in motion now. I’m not exactly sure what we’re gonna get when we get in the studio together,” she added, “but (as) with all great things I’ll go in and there’s probably magic to be had.”