Sex, drugs, and rock'n'roll -- all in a day's work for an 11-year-old. Click here for details on the television mini-series! 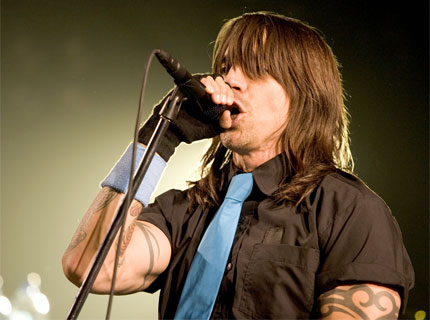 The show (which borrows the title from the rocker’s recent autobiography) will chronicle Kiedis’ move from Grand Rapids, MI, to West Hollywood to live with his dad, Spider, a notorious drug dealer to bands like Led Zeppelin and the Who.

“He introduced me to the arts, to a more culturally magnificent life,” Kiedis said of living with his father. “But some of it was this heavy, adult matter that I wasn’t quite capable of digesting. … It was a very rich but kind of challenging period of my life. I was thrust into this adult mentality by age 11.”

Kiedis has joined forces with producers Marc Abrams and Michael Benson of Catapult 360, who are currently seeking a scriptwriter. The vocalist is also working with his father, now living in Portland, OR, to gather material for the series.

“I love mulling over all this raw material,” he said. “(My father’s) into it too. He sees it as our last great hurrah. For us to be reconnecting to construct these memories — the women and the rock bands and the doormen of these clubs — is exciting.”