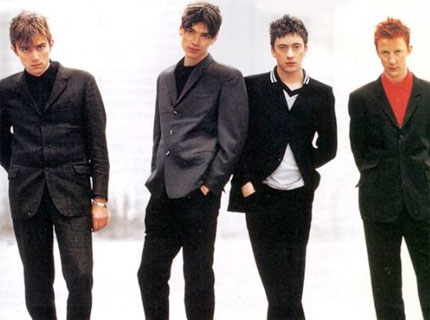 Meeting up with your ex can be awkward. Then again, sometimes you find that those old feelings are still there. “The truth be known Graham and I have been hanging out together a bit. We had lunch the other day,” Damon Albarn told BBC Newsbeat. “He’s great, it’s fantastic to get my old friend back.”

And it appears Albarn may get his old band back too: “It’s very possible I’ll go back to Blur,” he said, “it really is very possible.”

Whoa! You guys are soooo getting back together.

Then again, we’ve fallen victim to this “on/off” relationship excitement before. Like last year when bassist Alex James offered hope for a reunion, but when the band met up two months later they stated on their official site that they “met up for an enjoyable lunch” but there were no “other music plans for Blur.” May we suggest drinks next time? And Damon: Ix-nay on the Orillaz-Gay. Got it?