The twee progenitors collect their finest broadcast appearances -- including B-sides, rarities, and covers -- for BBC Sessions, out November 18. 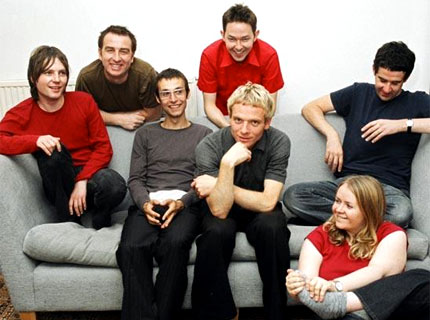 What? It’s been two years since seminal Scots Belle and Sebastian released their last record, the astounding The Life Pursuit. But fans feeling the need to fill the void with the glut of second-tier imitators have another option: BBC Sessions, an aptly titled collection of the band’s BBC radio appearances between 1996 and 2001, out next week. Featuring renditions of classics like “The State I Am In,” “Sleep the Clock Around,” and “The Stars of Track and Field” — as well as a bonus live disc with covers of songs by the Beatles, the Velvet Underground, and Thin Lizzy — BBC Sessions is perfect for those awaiting Belle and Sebastian’s next move…whenever that is.

Watch: Belle and Sebastian, “The State I Am In”

“Sleep the Clock Around”