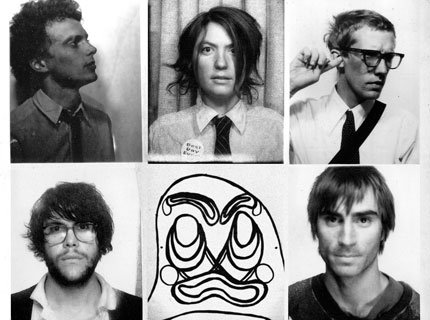 But now, after building a small cult following on their instrument-packed live shows and online music store villavillanola.com, the supergroup is ready for the next step: Clues have announced that their yet-to-be titled debut album will arrive in the spring of 2009 via Constellation Records. What’s more, New Yorkers can catch the band’s first-ever show in the Big Apple tonight! [Via Brooklyn Vegan]

Below, download “Perfect Fit,” a song off Clues’ forthcoming debut. Then offer your thoughts on the band’s sound in the comment section below.