The former G-Unit member sounds off on the status of The Rehab and his beef with 50 Cent. Click here for details! 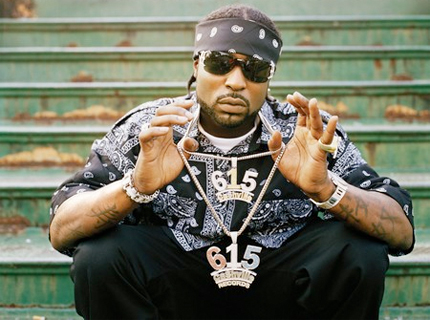 True to his name, Young Buck has a certain brand of optimism (haters might call it delusion) that only comes with youth. Sure, the rapper’s next album, The Rehab, is currently in limbo following a riff with G-Unit that saw him excused from the crew, but that’s done nothing to dent his hopes for the record — or his expectations that when it’s released it will move a million units in its first week [via MTV.com].

Now the rapper just needs to iron out the release date or break free of his contract with Fiddy’s label. “Honestly, to be real, 50 [Cent] made the statement to the world that ‘Buck is no longer a part of G-Unit, but he’s still an artist on the label,’ so whenever I guess he gets over his situation and figures out his album, I guess we’ll come to terms and figure out a release date on my album. Hopefully, we’ll get a release on my album in January or February,” he said. “It’s already understood that the relationship with me and G-Unit will never be the same, so you don’t ever have to look forward to seeing me back with G-Unit.”