Sometimes getting a taste of something sweet only to see it disappear is worse than never tasting it at all.

Which, I guess, is what’s going through the minds of Jimmy Page and John Paul Jones right around now. How else to explain why the excitement from last December’s Led Zeppelin show at London’s O2 Arena – by all accounts the rare triumphant reunion that actually lived up to its unfathomable ballyhoo – and subsequent tour rumors have now deteriorated, nearly a year later, to this:

The dude who replaced the dude from Creed might be the new lead singer for Led Zeppelin. 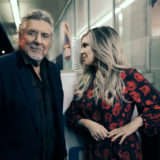 There’s no amount of times that one can re-read the previous sentence before it makes a modicum of sense. But rather than wait on Alison Krauss’ duet partner to get the bluegrass out of his system, which doesn’t seem close to happening yet, Page and Jones appear willing to fritter away their legendary band’s entire mythos on The Guy Who Isn’t Even Scott Stapp for a big-bucks world tour.

This would be hilarious if it weren’t reportedly close to being true. Jones, in particular, seems eager to paint Robert Plant as the villain in this story — the stubborn holdout selfishly depriving his fans of a treasured experience and his bandmates of, well, treasure.

But — and this is merely speculative, as Plant hasn’t yet told me — it just may be that a 60-year-old man who now more closely resembles the Cowardly Lion than a bare-chested golden god in too-tight jeans wants to preserve that bedroom-poster image, and his dignity, rather than treat us all to the mental image of the juice dripping down his leg. (Who among us wants to hear rock’s gnarliest bit of double-entendre turned into a Depends gag?)

Or, maybe he just has enough fucking money, thanks.

Plant’s ambivalence is not what’s shocking. What’s shocking is that Page and Jones can’t abide by this reasonable, if disappointing notion. And it wouldn’t be the first time Page hired a Plant manqué, but at least David Coverdale and Paul Rodgers had their own sizable, if still inferior, pedigrees. Hell, at least Coverdale had long, curly blonde hair. From the back row, if you squinted just so…

But, with all due respect to Myles Kennedy, who may well have a set of pipes and a set of balls up to the unenviable task, his “joining” “Led Zeppelin” feels closer to Journey trolling YouTube for a replacement Steve Perry than a personnel decision worthy of the name on the t-shirts waiting to be sold.

And certainly the box office for this compromised version would be a fraction of the bonanza that could be expected if Plant were on board, but are the numbers still low enough to keep this nothing more than a bad idea rampantly overblown on the Internet?

The song remains the same. Here’s hoping sanity prevails and everything else does as well.