Can't wait for the release of the Twilight soundtrack? Click here to listen to Stephenie Meyer's playlist for the teen vampire series. 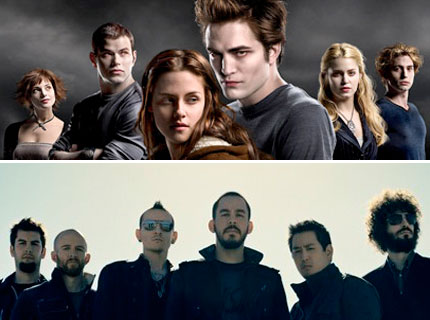 The lead single off the Twilight movie soundtrack — Paramore’s “Decode” — hit the web yesterday, further fueling anticipation behind the upcoming film adaptation of the vampire-romance series and its soundtrack, out Nov. 4. But while we wait for the full tracklisting, blood-thirsty fans seeking clues on the sure-to-be-hot collection can consider Twilight author Stephenie Meyer’s personal playlist of songs that inspired the saga of Edward and Bella, featuring tracks by Linkin Park, My Chemical Romance, Muse, Radiohead, the Cranberries, and many others. “Here’s the music I hear in my head while reading the book,” Meyer says. A few examples to stream:

Considering her musical taste, which songs do you think should be included on the forthcoming movie’s soundtrack? Submit your thoughts in the comment section below.