Our intrepid reporter hits the underbelly of Pop! Montreal to discover the next Arcade Fire. 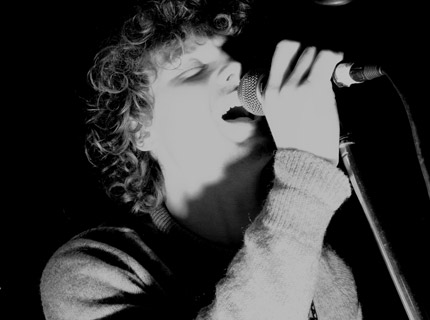 These hockey-loving, Ontario-bred, power-pop indie rockers convinced Kids in the Hall actor Dave Foley to appear in their hilarious “Americanarama” video. They also packaged their self-released EPs in plastic baggies, hence the titles “Demo in a Bag 1 through 5.” Crazy-catchy melodies, raging hooks, and headbang-worthy guitar riffs seal the deal.
www.myspace.com/hollerado

Fun, quirky, pretty pop hooks and jolly keyboard melodies with Ska rhythms and earnest vocal howls have made a local favorite of this Vampire Weekend-esque, geek-chic band of pals who met at McGill University. They’ve toured with the likes of Metric and have a album on the way — heck, they’re on the way!
www.myspace.com/thelovelyfeathers

With rapper Fabz beatboxing over live rhythms, piano, and guitar, and the gorgeous vocal melodies of Franster, this crew of local ladies was one of Pop’s most haunting surprises. Their downtempo track “Something on my Mind” showcases Random Recipe at their best.
www.myspace.com/randomrecipe