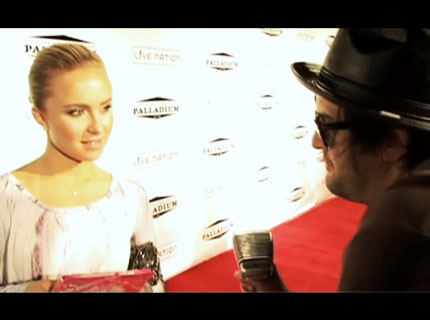 After undergoing a major remodel, Hollywood’s historic Palladium Theatre reopened with a bang last Wednesday night — thanks to an enthralling performance from Jay-Z and DJ AM. A sold-out crowd gathered for the set, which saw the hip-hop mogul and his DJ play for nearly two hours. Read about the show here.

Before the event, SPIN.com’s fearless video guy Ben Lashes — of punk rock band the Lashes — stalked the red carpet, joking with folks famous and not (you judge which group Tommy Chong belongs to). We think it’s funny stuff.But we’d like to know what you think. So watch, then sound off in the comments section below.