Rage Against the Machine to Record New Album?

Guitarist Tom Morello sounds off on rampant web speculation claiming the reunited rockers are going into the studio. 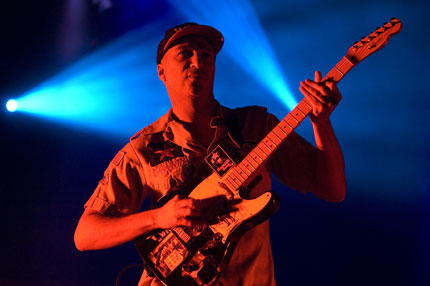 As the Pixies and Led Zeppelin have proved, just because a long-defunct band reunites to wild fan approval and can stomach each other onstage, doesn’t mean the members can rekindle the dynamic they once had in the studio. Such seems to be the case with Rage Against the Machine, who recently reunited for a handful of high-profile gigs, and became the subject of rumors recently after a “source” within the band’s label, Sony, claimed frontman Zach de la Rocha and crew were prepping a new album.

The verdict on the rumors? “Nope,” Tom Morello, who just dropped a new album as the Nightwatchman, wrote to MTV.com when asked if Rage were in fact recording fresh material. Done and done.