The Britpop mainstay details his recovery process from injuries inflicted by a crazed fan's onstage attack. 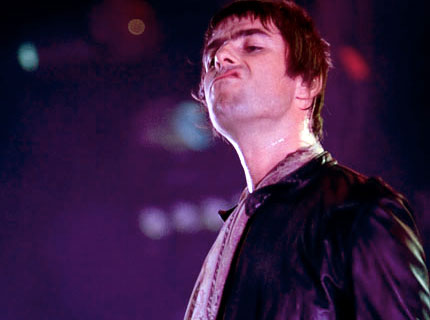 Noel Gallagher, who was attacked onstage in Toronto September 7 by a batty fan, resulting in injuries to the rocker’s ribs and ultimately a slew of canceled gigs, has given an update on his condition — and he’s apparently a little, ahem, medicated. “I’m on a lot of painkillers at the moment,” Gallagher told Absolute Radio [via NME.com]. “The trouble with painkillers is they’re only fun when you’re not meant to be on them. When you’re actually in pain they just take the edge off.”

Meanwhile, Gallagher and the rest of Oasis have been rehearsing for their upcoming slew of North American shows behind Dig Out Your Soul. But as the songwriter confirms, the recovery process is a long. “The doctor said that at my age (41) it should take about another four weeks to heal. It’s making me walk and stand different ‘cos of the pain. I’ve been rehearsing, though, so I know I can do the rest of the tour.”