Click here to find out which songs the indie songstress covers on her forthcoming record! 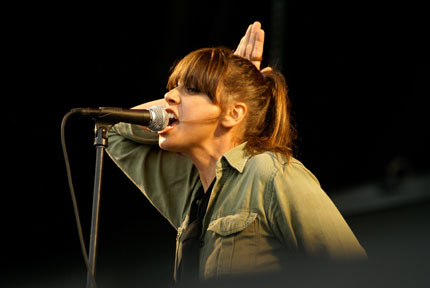 Less than a year after releasing Jukebox, the sequel to 2000’s classic The Covers Record, songstress Chan Marshall, a.k.a. Cat Power, is ready to give fans yet another sample of her eclectic musical tastes with Dark End of the Street, a new six-track cover EP.

Comprised of material left over from the Jukebox sessions, the new album will be released December 9 courtesy of Matador in digital and 10″ formats, Pitchfork reports. Street showcases Marshall and her backing band tackling tunes — four of them previously unreleased in any format — from such musical luminaries as Creedence Clearwater Revival, Otis Redding, and Aretha Franklin. New records, charitable efforts, powerful sets at Bonnaroo — does this cat think that she has nine lives or something?