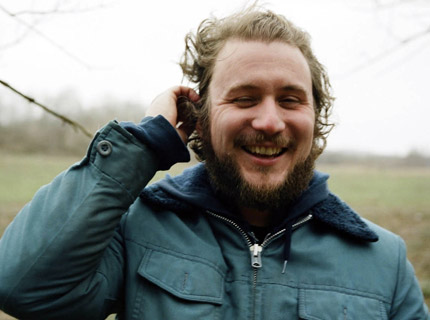 Rocking onstage is a perilous task. Last night in Iowa City yet another musician fell victim to its dangers: My Morning Jacket’s Jim James was hurt during a show and rushed to the hospital.

According to a statement from the band: “We were finishing up the last few bars of ‘Off The Record,’ and justlike any other night we were all having a great time. Jim went to getcloser to the audience on his side of the stage, and as he movedforward to step onto the sub-woofer the lights darkened, and heinadvertently stepped off the stage. Upon falling, he suffered traumatic injuries to his torso, and was immediately taken to the hospital.”

Doctors have ordered James to spend the next two to three weeks recovering from his injuries, so all near-term shows have been cancelled, including an appearance at tonight’s Obama benefit at Chicago’sSchubas, and tomorrow and Friday’s U.S. tour-capping shows at theChicago Theatre.

“For those who attended the Iowa City show, we would like to extend our gratitude for your understanding and cooperation. We take our fans and performances very seriously, and would never cancel a show unless it was absolutely necessary. Please know that we will be making every effort to return to your fine city.”

It’s still unclear whether the injury will affect the band’s European tour dates.