In related news: Paul McCartney loves Tetris. Read all about it! 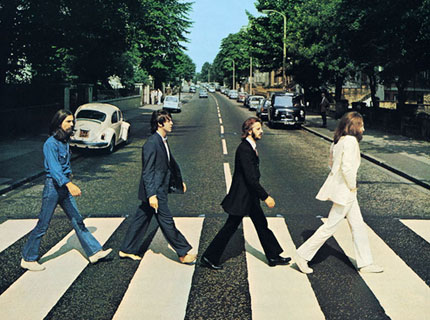 It seems the Beatles have become the biggest band to license its catalogue to a music-oriented video game, joining the likes of still-touring-after-all-these-years acts like Aerosmith, Metallica, and AC/DC [via Billboard.com].

Details regarding the contract have yet to be revealed, but the Beatles’ Apple Corps Ltd. elected to seal the deal with MTV Networks and Harmonix, the pair of developers behind the popular Rock Band video game series. The two companies will develop a game specific to the band, which will take users on an “experiential journey” through the Beatles’ career, music, and vision. The new game, however, will not be part of the Rock Band franchise.

The deal marks a huge win for MTV Networks and Harmonix over Activision, the developer of the hugely popular Guitar Hero — since, you know, the new Beatles game will be the only digital outlet for fans to hear the quartet’s tunes.

But it’s not all bad news, Activision: On the bright side, now we get to make that “As My Guitar Hero Gently Weeps” joke we’ve been holding onto for weeks.