The Brit poptart talks about her long-awaited record It's Not You, It's Me. Click here for details! 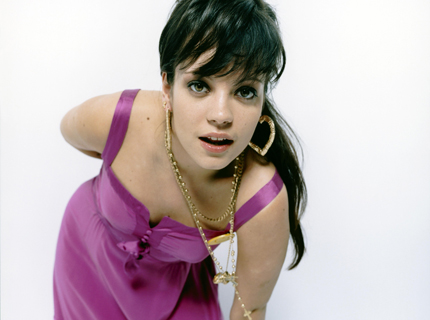 England’s chronic MySpace blogger Lily Allen will release her sophomore album, It’s Not Me, It’s You, on Feb. 10. And according to Allen, fans can expect something other than “just some thrown together industry bullshizz.”

“We decided to try and make bigger sounding, more ethereal songs, real songs,” Allen says of the new record. “I wanted it to feel like it had some sort of integrity. I think I’ve grown up a bit as a person and I hope it reflects that.”

Allen, who recently collaborated with fellow Brits Keane, has also made album-opener and first single “Everyone’s At It” available online. Click here to listen to the song.