Listen to this slow-burning ballad from the ex-Afghan Whigs frontman's new album, Live at Triple Door. 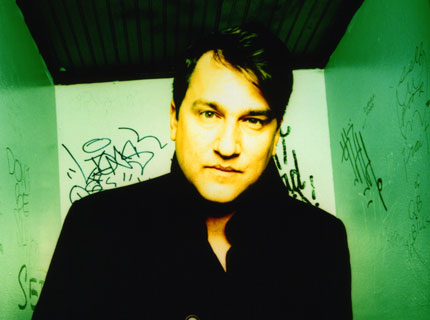 Between his partnership with former Screaming Trees singer Mark Lanegan as the Gutter Twins and his duties with the Twilight Singers, alt-rock mainstay Greg Dulli has kept himself busy since the Afghan Whigs disbanded in 2001. One more of his musical activities: Numerous solo shows, one of which — an October 2007 gig in Seattle — will be released digitally October 28 as Live at Triple Door, an aptly titled live album sampling the singer-songwriter’s storied body of work.

Can’t wait to hear Dulli’s first live solo release?Never fear — we here at SPIN.com have an exclusive stream of the track “Candy Cane Crawl” for your listening pleasure. Originally featured on the Twilight Singers’ 2006 record, Powder Burns, this stripped-down live version of the tune is noticeably darker than its studio counterpart, as stringed accompaniment, and Dulli’s aching vocals, create a gorgeously haunting texture.