Will the Libertines finally reunite? Click here for details! 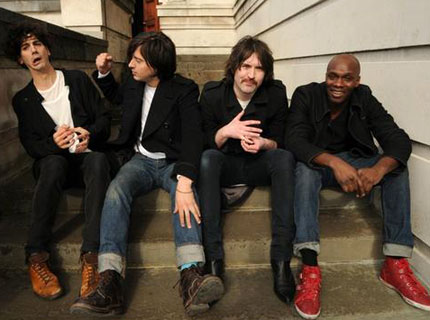 Surprise, surprise, Libertines offshoot Dirty Pretty Things, helmed by Brit man-about-town Carl Barat, have broken up to pursue other projects. “It’s been a glorious three years which we all would gladly live out again, but it is time for us to try new things,” Barat told NME.com of Dirty Pretty Things’ split.

“We are reluctant to give up touring but will give the last waltz everything,” he continued. “We have and are determined to go out as we came in, after which we all have other ventures to be getting on with and splendid future plans.”

Details regarding Barat’s “other ventures” and “splendid future plans” have yet-to-be announced, but, as he confirmed, his forthcoming projects certainly won’t include the LIbertines. And who can blame him with former co-frontman Pete Doherty’s, er, dope-headed behavior.