Death Cab’s Ben Gibbard: “The Next Record Will Be Softer” 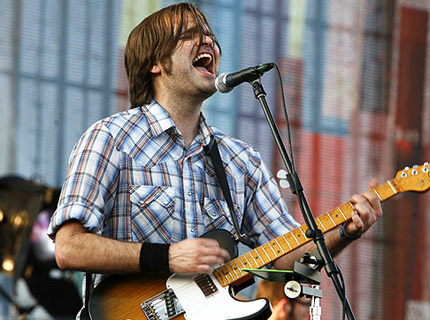 With a chart-topping record and a supporting tour underway — including a triumphant gig in New York — Death Cab for Cutie frontman Ben Gibbard is certainly one busy man. Even so, he’s already pondering the quartet’s follow-up to Narrow Stairs: “The next record will be a little softer,” he tells SPIN.com. “I’m interested in writing a very different type of record next time.”

Narrow Stairs, rife with Gibbard’s characteristic tales of broken hearts yet sonically more confident and epic than ever,was taxing on the quartet, says Gibbard, and is a sound he’s not ready to rehash soon. “I feel like there’s a lot of beauty in the darkness of Narrow Stairs, but that’s not really a place I’m ready to go to for a while. I’m interested in taking a different approach and having the next record be different in tone — I’m just not interested in making another dark, dark album. Just not two in a row. I felt pretty exhausted when we got done with Stairs.”