Metallica kick off their world tour and Guns N' Roses finally release a new song! Plus: check out CMJ and the week's other top stories. 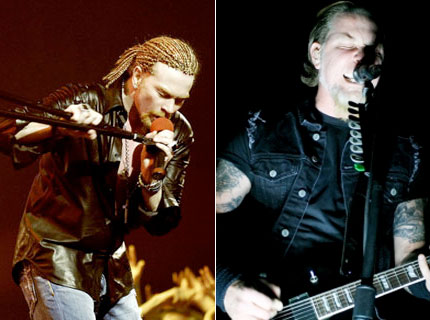 John McCain isn’t doing so well these days, but a few other old-timers had a triumphant week on SPIN.com: Metallica kicked off their world tour, Eminem rapped about hip-hop, and a little band named Guns N’ Roses (ever heard of ‘em?) released their first single since Ally McBeal was on TV.

And while old-school was hot again, so was new-school: The annual CMJ Marathon hit New York City, and our staff enjoyed — and endured — new acts of varying quality. Check out the week’s top stories and features below to see what we’re talking about.

PLUS! The best of last week!