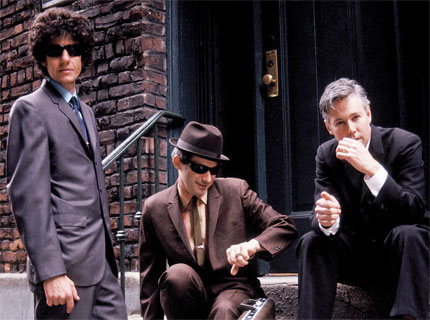 The Beastie Boys are busy getting out the vote, but that hasn’t stopped the wisecracking trio from making progress on the follow up to 2007’s instrumental set, The Mix-Up.

“We’re actually in the middle of recording it right now,” Adam “Ad-Rock” Horovitz told Billboard.com about the much-anticipated album. Horovitz said that the group hopes to have the yet-to-be titled record in the can for a 2009 release — and fear not, Beastie fans: This album will actually have lyrics! “It’s a lot of vocals, a lot of words — very wordy,” Horovitz explained. “And it’s political, depending on what you call political. You know, if toilet talk and fart jokes are political, which they can be, in that sense yeah, very.” We’ll tell you what, Ad-Rock: The second Obama or McCain breaks wind on the podium, we’re sold.